Tending to Your Intentions 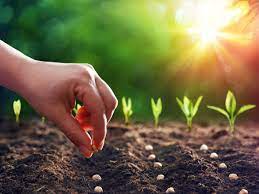 I love to say, “set your intention and let the Universe decide how you are going to reach it.”

Setting an intention is like planting a seed. With a seed we tend to it by giving it water, sunlight and time before it’s ready to bloom. An intention to me is the same. We need to plant our intention and then properly tend to it. That could mean taking classes, practicing a skill, networking, taking care of your health, cleaning up your negative thoughts and relationships or simply just being patient and letting things come to you at the proper time.

When I knew in my heart that I wanted to create books on a larger scale way back in 2009, I also knew that I had a lot to do to tend to that seed of intention. First of all, I needed to overcome my fear of speaking so that I could share their messages. I began the process by taking a couple of community college speech classes. I then signed up for Toastmasters for a year. After that I hired someone to co-host my own internet radio show. I then created an interactive workshop based around my first book as well as signed up for an acting class. I intuitively knew that all of these actions of tending to my “seed of intention” would bring me closer to realizing it. I also began to notice as I stepped out of my comfort zone, more opportunities started coming into my world. I continued to say “yes” to them, even if I wasn’t completely comfortable. I also began to notice that forces outside of myself started taking over and continued moving me toward my intention. I just needed to get the ball rolling with my initial action of signing up for a community college speech class.

As I said yes to my intention, I was being guided toward it with opportunities, connections and collaborations. It kept picking up steam and momentum and was guiding me in ways that I had not originally planned, but felt right because they made me feel alive and empowered. They were like little surprises. Take acting for example. I had not planned on acting at all, I just took that initial class to help me learn how to express myself in front of others. But there I was writing and creating my own short film, which lead to another short film, which led me to Los Angeles. The beauty of it all, was that I was still being guided toward my initial intention, but in a much broader way than I originally planned.

Set your intentions friends. Tend to them. Let them guide you and be open to the journey. It may be end up being so much better and grand than you had originally planned.